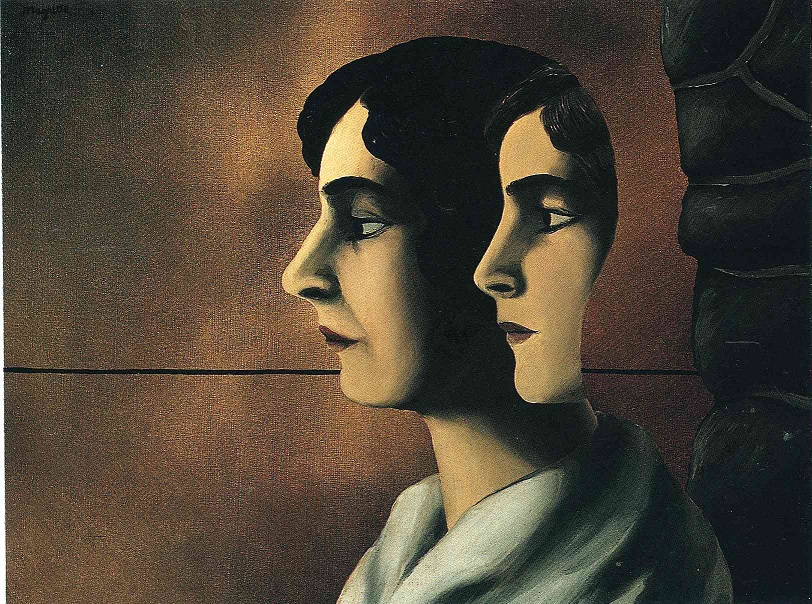 Attendance is free but pre-registration is required. To register, please, send an email with the heading 'Pre-registration IA conference' to innerawareness2021@gmail.com by November 23. In the email, please, specify: your current affiliation, position, and whether you are interested in attending the conference in person or online. Unfortunately, due to limited seating capacity and the ongoing COVID restrictions, we might not be able to accept every request of in-person attendance and might be forced to propose online attendance instead.

It is virtually impossible, perhaps even strictly impossible, for any person to enjoy inner awareness of someone else's phenomenal experiences. In this sense, our phenomenal experiences are private to each of us: nobody else can have inner awareness of them. Moreover, this privacy is something that we value dearly: there are few goods, if any, that we would trade for it. What is it about phenomenal privacy that we value so much? In this talk, I will consider four "philosophical hypotheses" about this, arguing for the fourth.
According to the ‘objection from intimacy’, the representationalist construal of inner awareness fails to make sense of the intimate, immediate nature of this awareness. This account implies that one’s access to mental contents is mediated by representations, hence the contents could be misrepresented, which rules out intimacy. To address this objection, Levine, Hellie, Chalmers and others have construed inner awareness in terms of Russellian acquaintance, i.e. a direct, non-conceptual and substantive cognitive relation between a subject and her conscious contents. According to a common critique, however, the acquaintance-based model rules out naturalisability of consciousness since acquaintance is naturalistically suspect or even mysterious. I shall examine Sam Coleman’s attempt to dispel this worry by proposing a naturalistic--although non-representationalist--account of acquaintance. According to Coleman, we are acquainted with mental contents in having ‘quotational’ higher-order thoughts (QHOTs) about them, in which the contents are embedded and thus quoted. While Coleman’s model avoids the main pitfalls of representationalism, I will argue that it falls short of accounting for the intimacy of inner awareness. My argument is inspired by Levine’s critique of Balog’s related ‘quotational account’ of phenomenal concepts that, according to Levine, fails to explain the ‘cognitive presence’ of phenomenal states which some of our phenomenal concepts afford us. I’ll argue that a related objection applies to Coleman’s model, despite significant differences between the two accounts. I’ll conclude that the QHOT model isn’t suitable for modelling acquaintance and consider the prospects of a non-reductive approach to acquaintance.
Even though many researchers believe that the subjective character is an essential part of conscious life, so far it remains quite unclear how one is supposed to understand the metaphysical nature of this component of experience. One answer to this question, originally presented in Woodruff-Smith (1986), conceptualizes thesubjective character as being grounded in the modality of experience and as a manner in which experience occurs rather than as a constituent of its representational content. Although this account is very promising itstill lacks clarity and a more detailed exposition of its underlying presuppositions. The aim of this talk is to offer a more elaborated version of this particular theoretical branch. I will introduce three different approaches to the idea that the subjective character is grounded in the modality and call these distinct accounts Evaluatism (Musholt 2015; Pereira 2018; Recanati 2007, 2012), Adverbialism (Thomasson 2000) and Relationalism (my view). I will argue that Adverbialism and Evaluatism fail to account for peculiar features the subjective character is supposed to exhibit and explain why Relationalism avoids these issues. I will then discuss what kind of properties we should ascribe to the relations that presumably ground the subjective character and argue that a minimal characterization should begin with understanding them as non-reflexive, non-symmetric,unigrade binary, internal relations. Finally, I will outline how Relationalism can be embedded in a general representational theory of the mind, namely one that has been called “Impure Intentionalism” (Crane 2007, 2013).
In accounting for the way we can exercise introspective self-awareness, using a concept of self, a number of authors (including, but not only, Castañeda, Kapitan, Bermúdez, O’Brien) rely on the idea that subjects have a basic experience of self – a form of inner awareness at a pre-reflective level - and that the self-concept is somehow rooted in this experience.
However, these writers differ on several key points, including the nature of the relevant self-experience (interoceptive, cognitive, agentive...), the mechanism through which the self-concept is grounded in this experience, and the strength of the dependence of the concept on the experience.
I propose that the framework of phenomenal concepts, made familiar by discussions of ordinary perceptual experiences, can be a helpful tool to disentangle different possible dependence claims, and to clarify and compare the options. This is in part because this model can be fleshed out in a range of different ways.
I end by tentatively proposing one particular interpretation of the phenomenal-concept model – relying on a particular understanding of what pre-reflective inner awareness might be – which might explain how reflective inner awareness works. Along the way, I discuss the extent to which the approach can shed light on some of the semantic and epistemological features traditionally associated with reflection on oneself as oneself.

In my talk I will argue that our inner sense of self is not based on a representation of the self. Rather, inner awareness is best understood as a form of knowledge-how, which contains implicitly self-related (i.e. agent-relative) information. The acquisition of this knowledge is scaffolded by social interaction in interesting ways. I will spell out the implications of this approach for the distinctiveness and epistemic value of inner awareness and, if time permits, demonstrate how it relates to existing accounts both from the analytical and the phenomenological literature.
I want to maintain the following claims: 1) awareness is the converse of the relation of manifesting to, which objects and their (ascribed) worldly properties given to a perceptual experience on the one hand, and the qualitative properties of that experience on the other hand, hold with that very experience and its subject respectively. A perceptual experience is aware of the objects and their (ascribed) worldly properties manifested to the experience, while the experience’s subject is aware of the qualitative properties of that experience manifested to that subject; 2) awareness is the very same internal (i.e., essential) and phenomenologically relevant relation that constitutes its respective lefthand side relatum, i.e., the perceptual experience on the one hand and its subject on the other. Thus, one does not have to distinguish between a transitive and an intransitive sense of awareness, for the only awareness that there is is transitive; 3) the qualitative properties that a perceptual experience so constituted turns out to possess, which determine that experience’s qualitative character (a main component of its overall phenomenal character), present the corresponding worldly properties of the objects that are manifested to that perceptual experience, in its being an esteroceptive sensation; 4) such a presentional role is another component of the overall phenomenal character of a perceptual experience only, insofar as there may be experiences--typically, an interoceptive sensation--that are not awarenesses of objects and worldly properties, but are mere targets of their subject’s awareness.
The main purpose of this paper is to provide evidence supporting the claim that inner-awareness is a representation and potentially a misrepresentation. Consequently, I intend to show that considering inner awareness a “representation” is a virtue, and not a limitation, of the (meta)-representational theories of consciousness. It has been argued that meta-representationalism faces the following dilemma (see e.g. Kriegel 2009): 1) accepting the evident nature of inner awareness for realistic reasons, 2) accepting the representational nature of inner awareness for naturalistic reasons. I indeed consider these two claims to be contradictory. But rather reformulating or renouncing the second thesis in favour of the first, I seek to question the first in favour of the second. More precisely, against a purely eliminativist (Dennett 1991) or illusionist (Frankish 2017) view, my aim is not to deny inner awareness and the reality of our mental experiences. Rather, I intend to show, by relying on certain empirical results that come from Michael Graziano’s “attention schema theory,” that it makes sense to state that inner awareness is a “representation,” which sometimes “mis-represents” what one experiences. The very purpose of this presentation is then to conceptually clarify and empirically exemplify this very idea of “misrepresentation” in order to defend what I would call a "weak illusionism" on inner awareness.
I wish to defend two basic claims in this talk: I) what is central to Brentano's account of inner awareness is the intuition that inner awareness is something which occurs on the side (en parergo) of the mental activity: basically, so the intuition suggests, inner awareness is incidental. Curiously enough, this intuition has often been marginalized in the reconstructions of Brentano's account. While many reconstructions of Brentano's view seem to ignore or avoid it (See for instance Thomasson 2000, Zahavi 2004, Textor 2006, more recently Kriegel 2018) those who deal with the incidentality intuition in Brentano's account tend to frame it either in terms of an intentional relation (Textor 2017) or at least partly in epistemic terms (Dewalque 2020). I suggest that incidentality is a primitive, not only in Brentano's view of inner awareness, but in his conception of indirect perception and in his account if the individuation of the senses. II) Another important intuition in Brentano's account is, I suggest, that inner awareness is awareness of a mental activity, not of an object. While Textor's (2017) "one vehicle, two objects" reading blurs the distinction between object and activity, Kriegel's (2018) Fregean reading identifies the awareness with the mental activity. This not only challenges the incidentality intuition but also, more importantly, it rejects any ontological distinction between the awareness and the mental activity, a consequence which doesn't seem square with some basic insights of Brentano on inner awareness, for instance the view that F-ing has priority over the awareness of F-ing. Here, my point is to consider incidental awareness (of F-ing) and the mental activity (the F-ing) as different kinds of events based on the same material (and not as different descriptions of the same event, as Davidson's account of events and Kriegel's Fregean view would have it). I argue that this distinction allows us to deal with many of Brentano's insights on inner awareness in general, but most importantly with the incidentality intuition. While I recognize that this distinction is not explicit in Brentano's works-it is a cue, after all-I show how it has been developed by some of his Austro-German heirs.